At my existing employer, it was brought to my attention that a number of VMware virtual machines running the Microsoft Windows 10 operating system were randomly dropping off the network, upon reboot. Viewing the properties of the network adapter confirmed that they were assigned static IP addresses. However, running ipconfig from the command prompt showed that they were assigned 169.254.x.x IP addresses.

Upon reviewing the logs I found the following error message: “The system detected an address conflict for IP address 0.0.0.0 with the system having network hardware address XX-XX-XX-XX-XX-XX. Network operations on this system may be disrupted as a result.” The XX-XX-XX-XX-XX-XX is the MAC address of a Cisco switch.

Additionally, more information may be found using the links below.

You may use the following method to configure port security on a Cisco switch. Additionally, this configuration will not use the switchport port-security violation {protect | restrict | shutdown} command in order to accept the default action of shutdown.

1. Verify the existing configuration, if any, exists on the switch port. 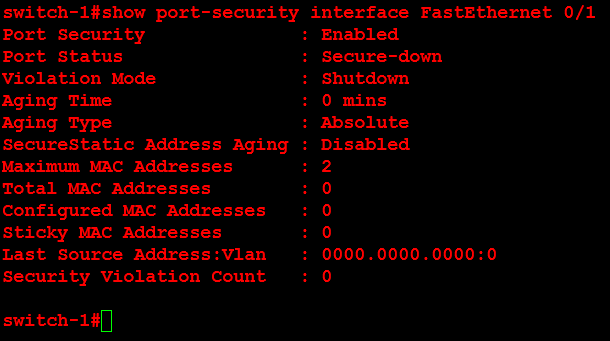 You may use the following method to configure Virtual LANs (VLANs) on a Cisco Catalyst 3560 switch. VLANs allow you to segment a layer 2 switched network by increasing the number of layer 2 broadcast domains and decreasing their size. Additionally, VLANs provide an added measure of network security.

Next, use the vlan # command where the # sign is the number of the VLAN. Additionally, use the name “name” command to provide a custom description of the VLAN. In this example there are three created VLANS, 2 (Sales), 3 (Marketing) and 4 (Accounting).

Lastly, you may verify the creation of the VLANs with the show vlan command.

You may use the following method to configure a Cisco Catalyst3560 switch port as a trunk. In this example we will use the FastEthernet 0/24 port.

Begin by entering global configuration mode and specifying the port, FastEthernet 0/24, that will be configured as a trunk port. 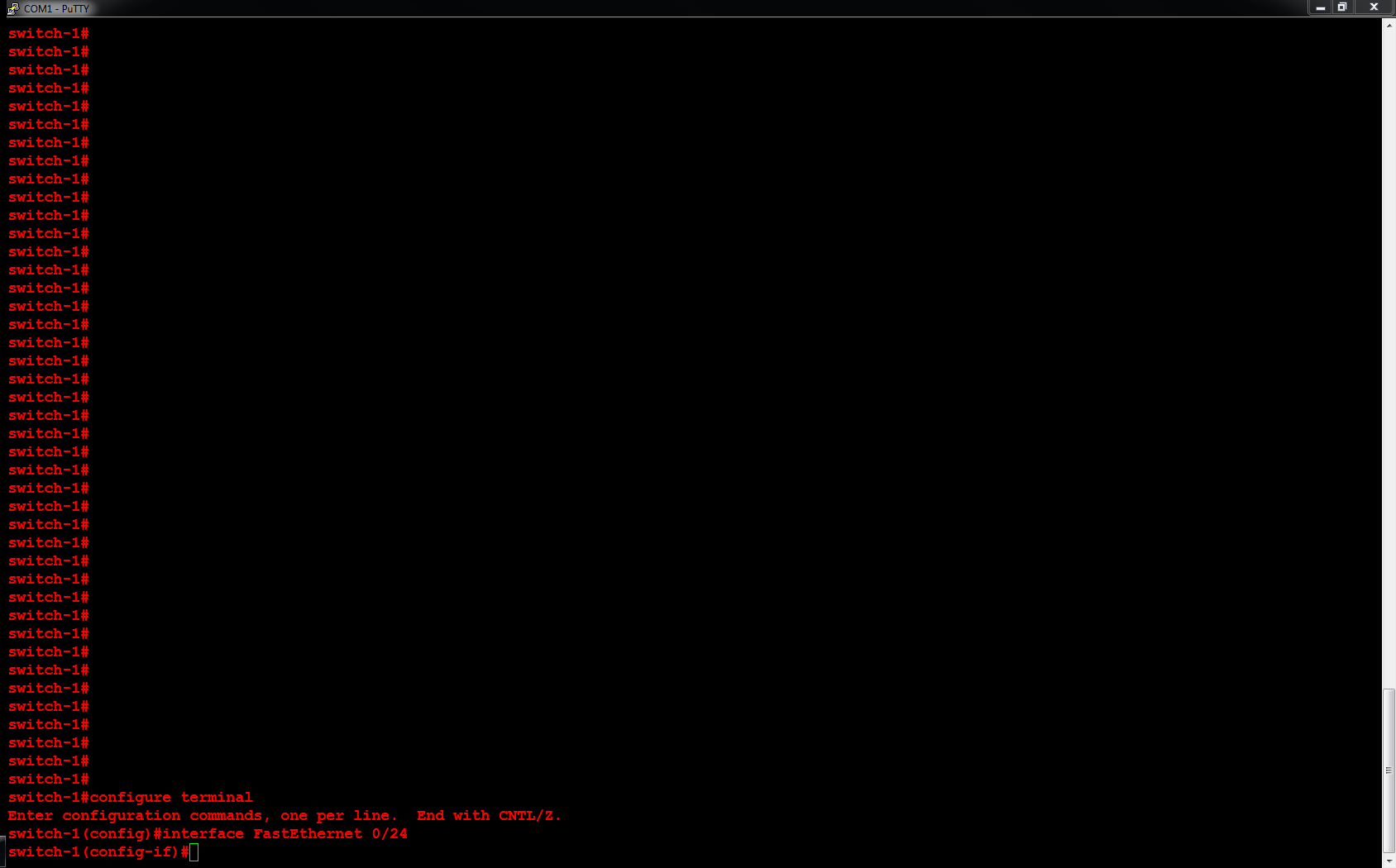 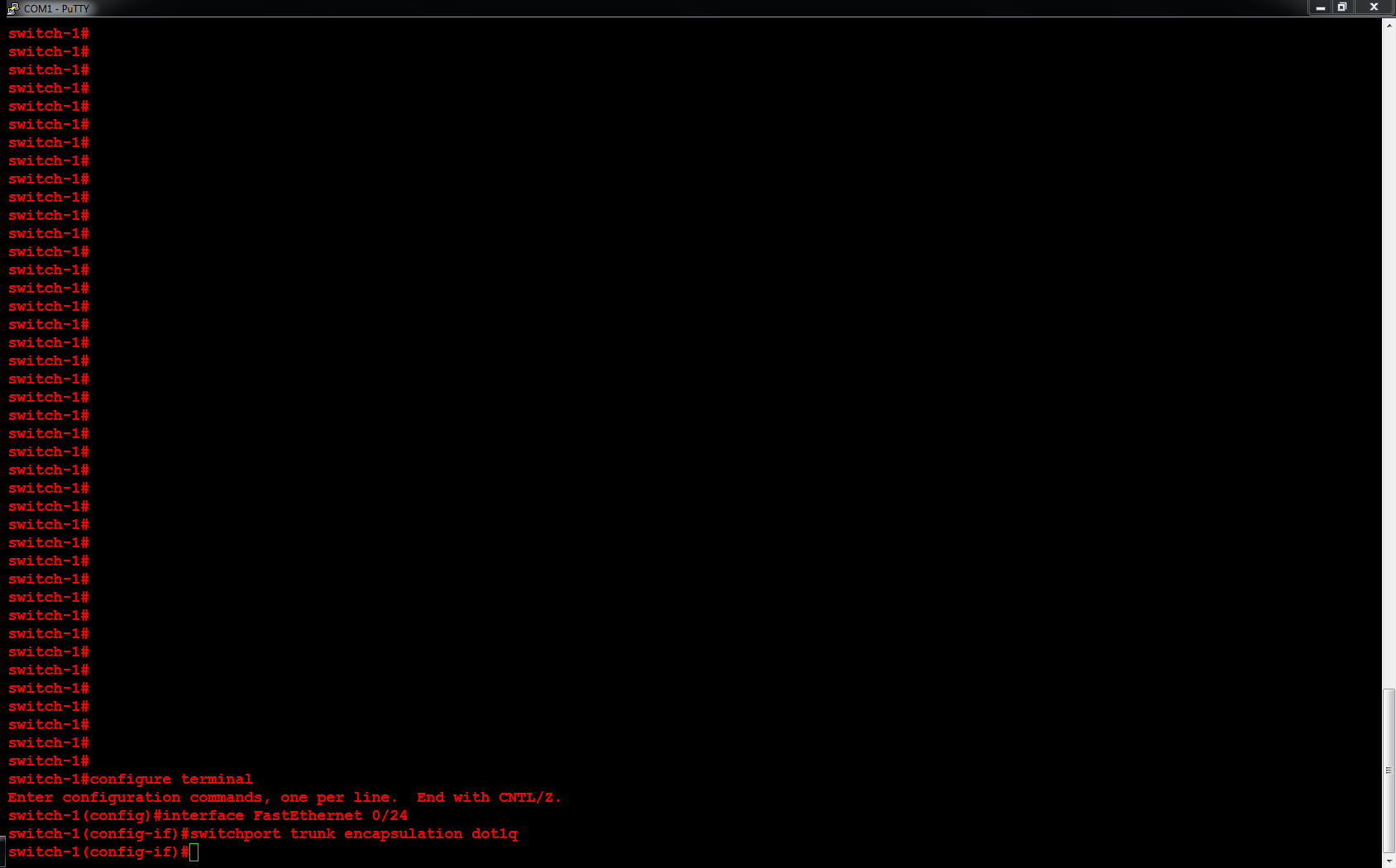 Next, we enable the trunk with the switchport mode trunk command. Note that this command will automatically negotiates to convert the link on the other end to a trunk link. 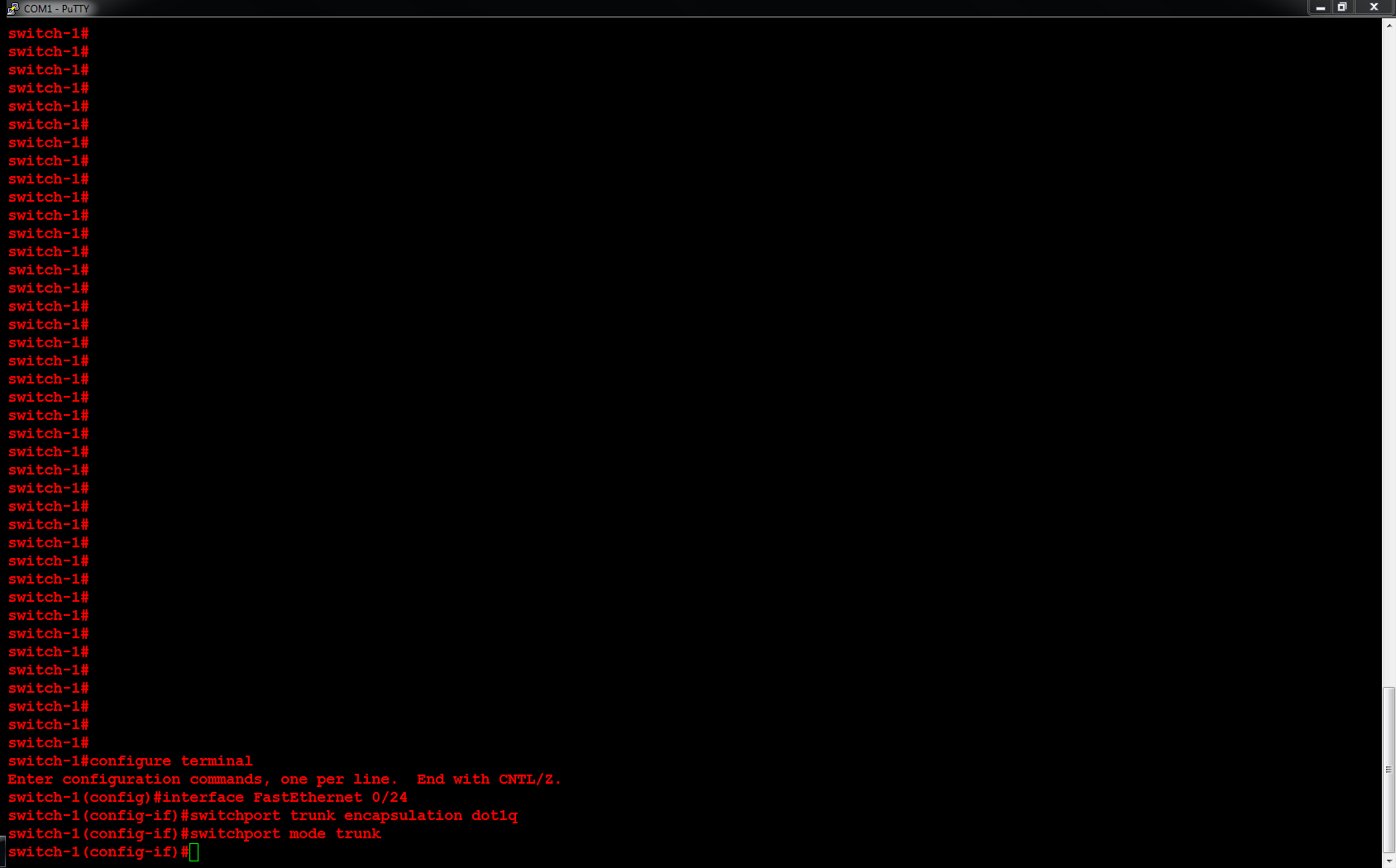 Lastly, you may verify the trunk port with the show interface trunk command. 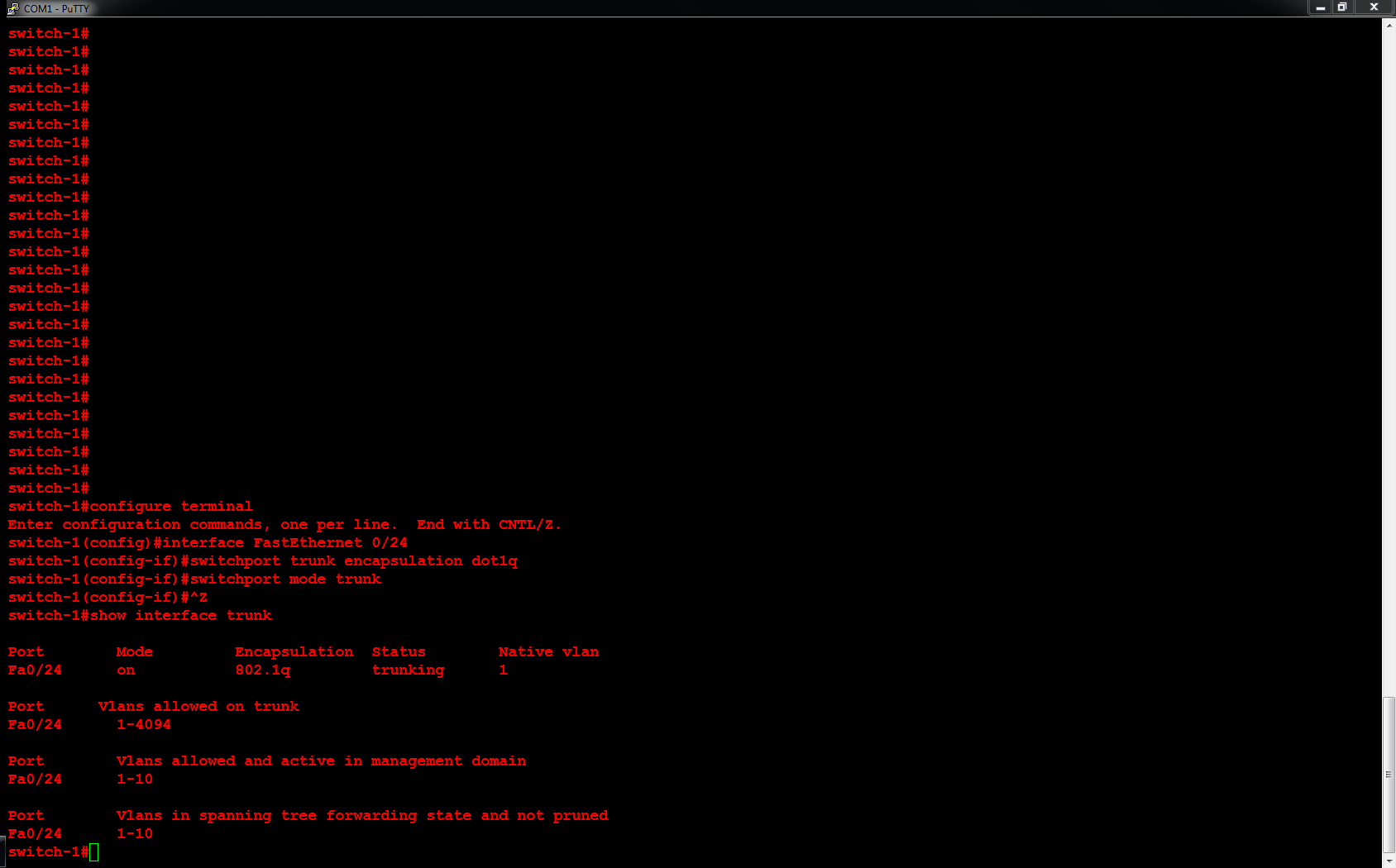 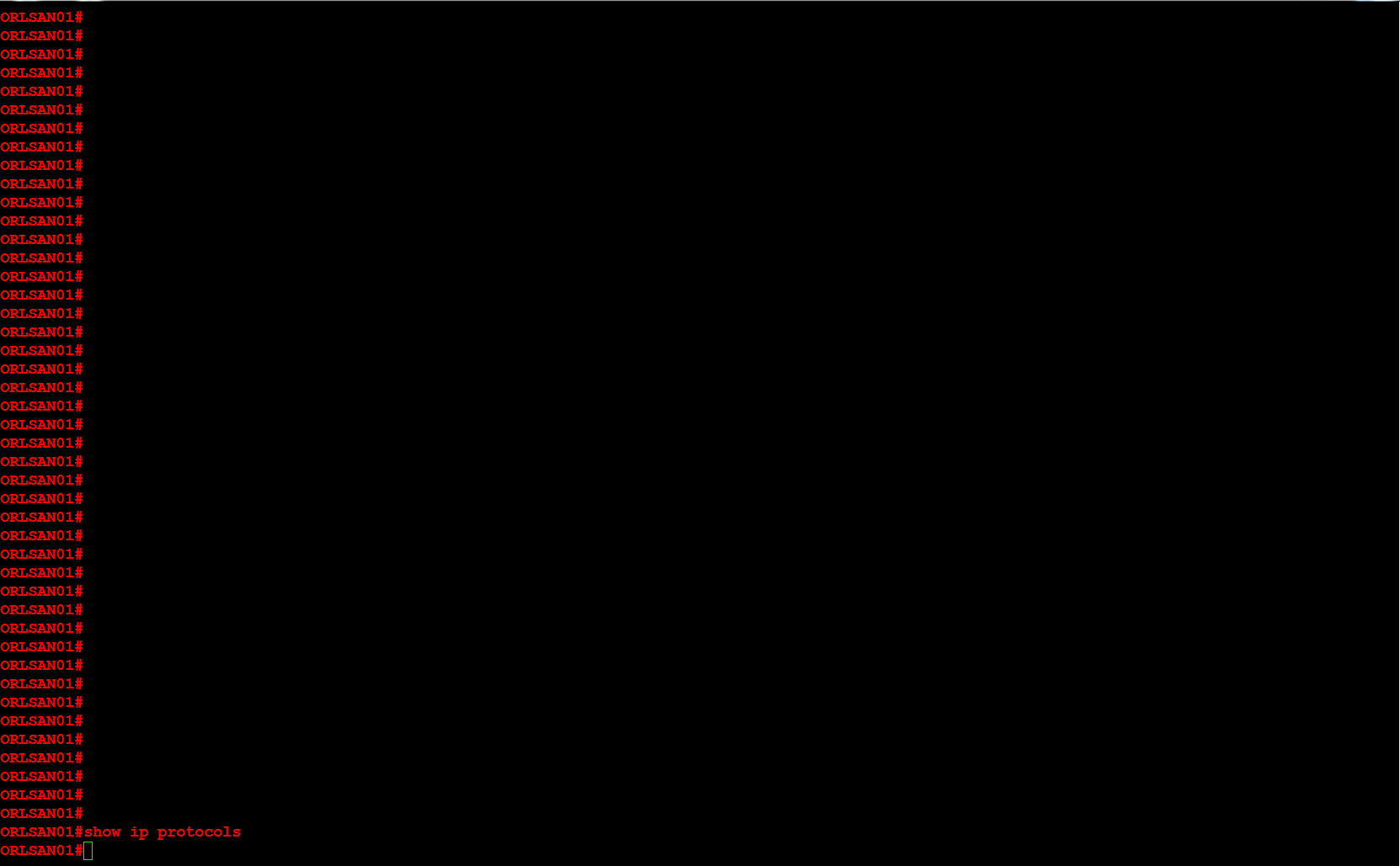 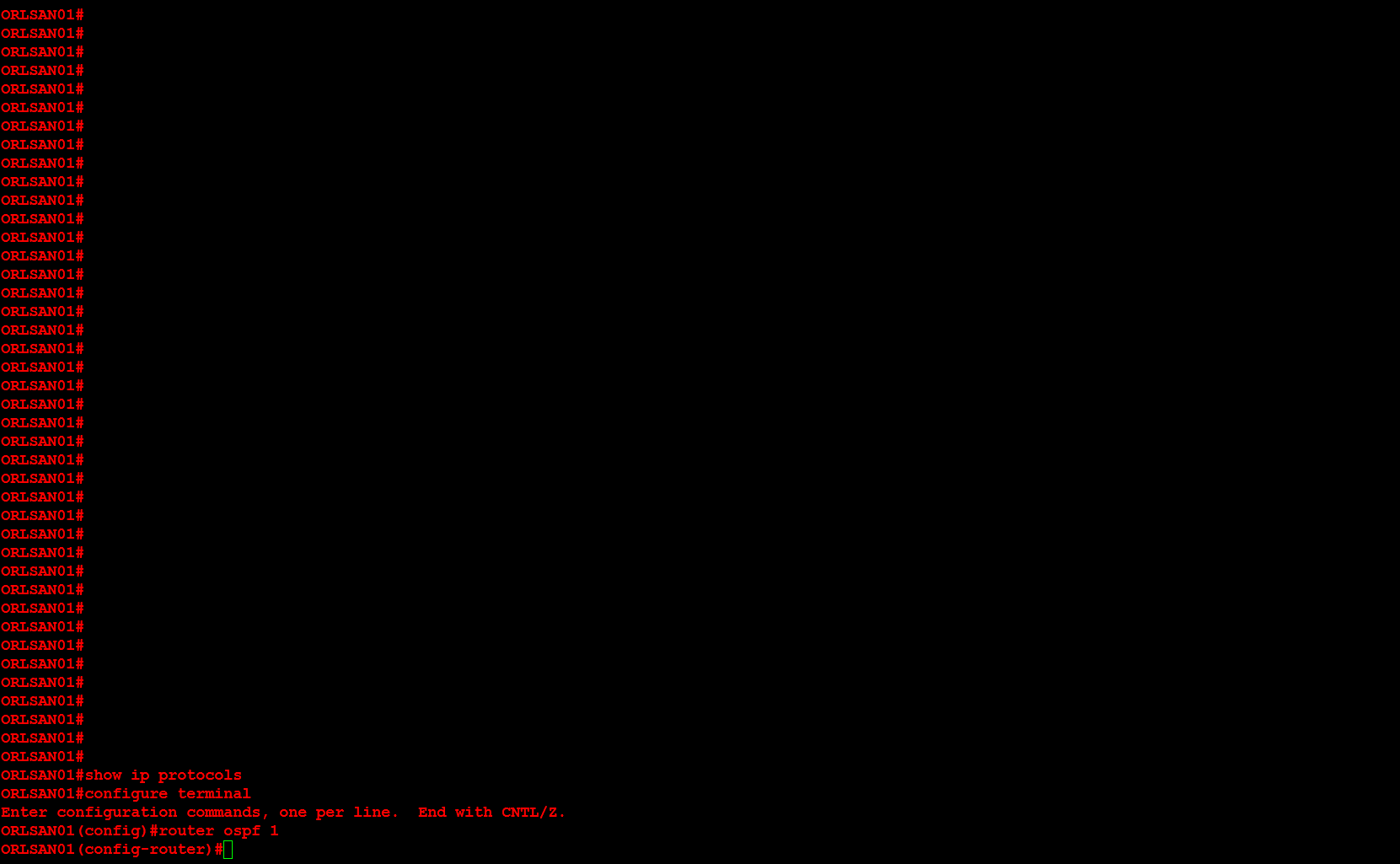 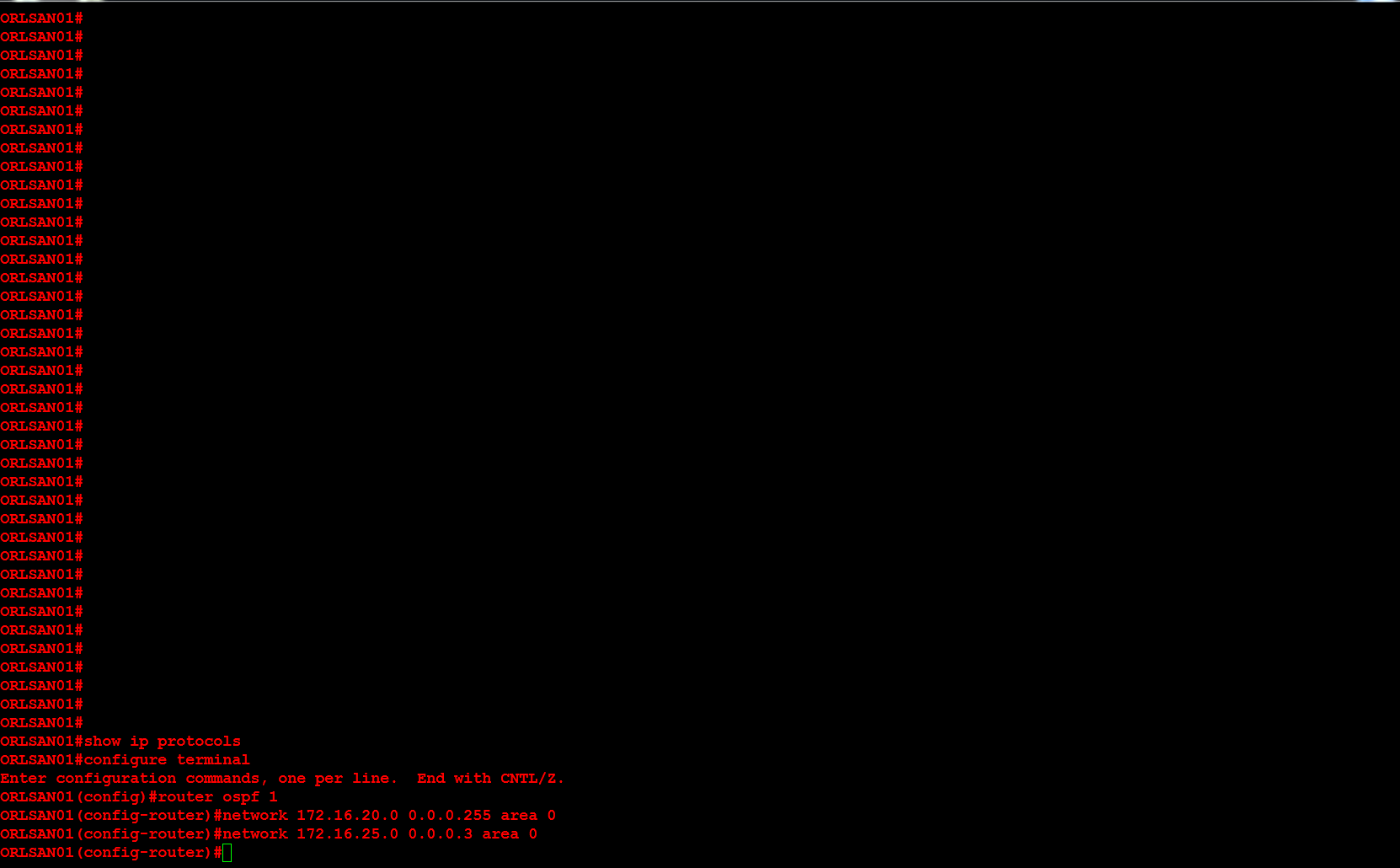 You may use the following method to configure Enhanced Interior Gateway Routing Protocol (EIGRP) on your Cisco router(s).

Begin by entering privileged exec mode on your Cisco router by using the enable command. 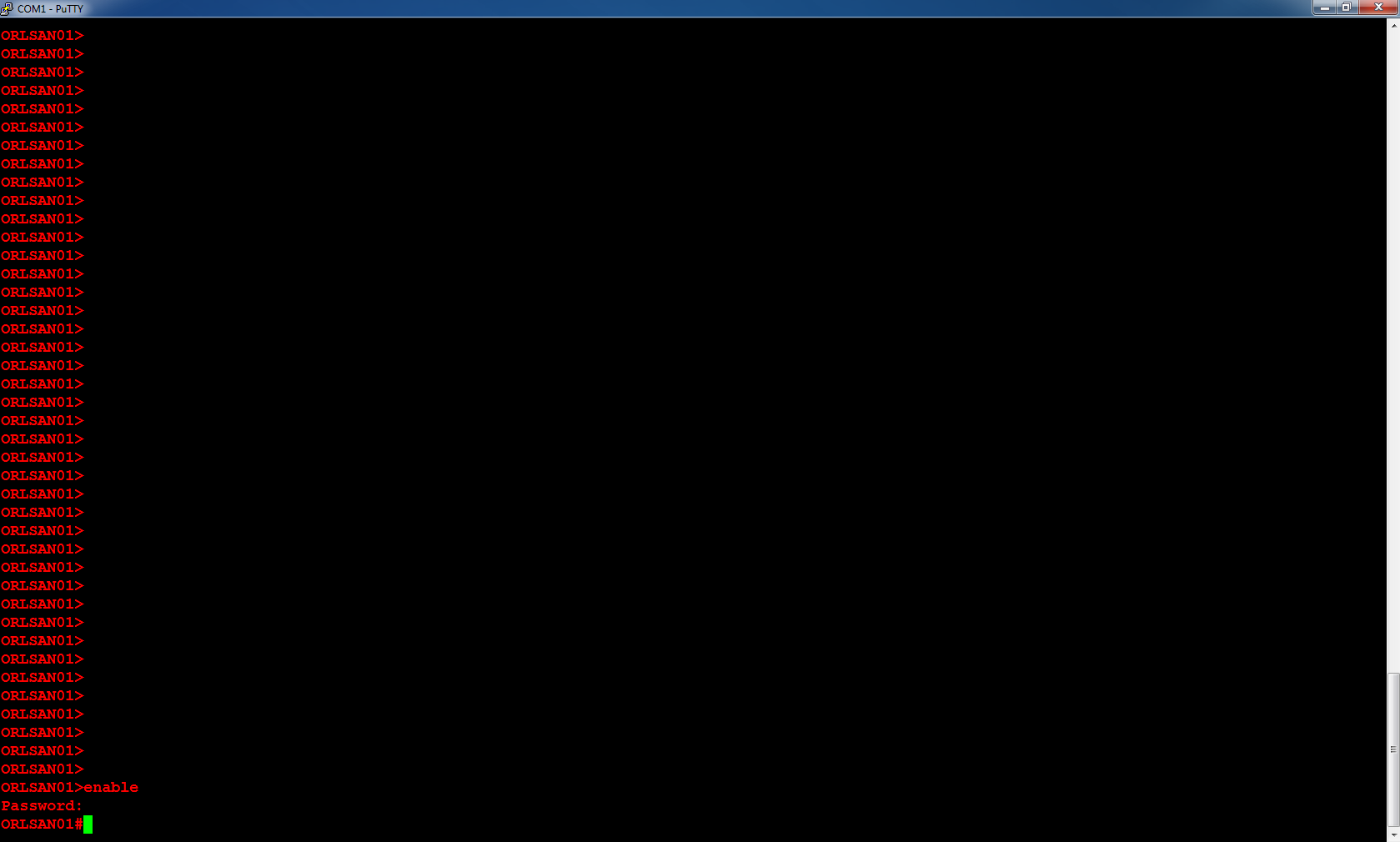 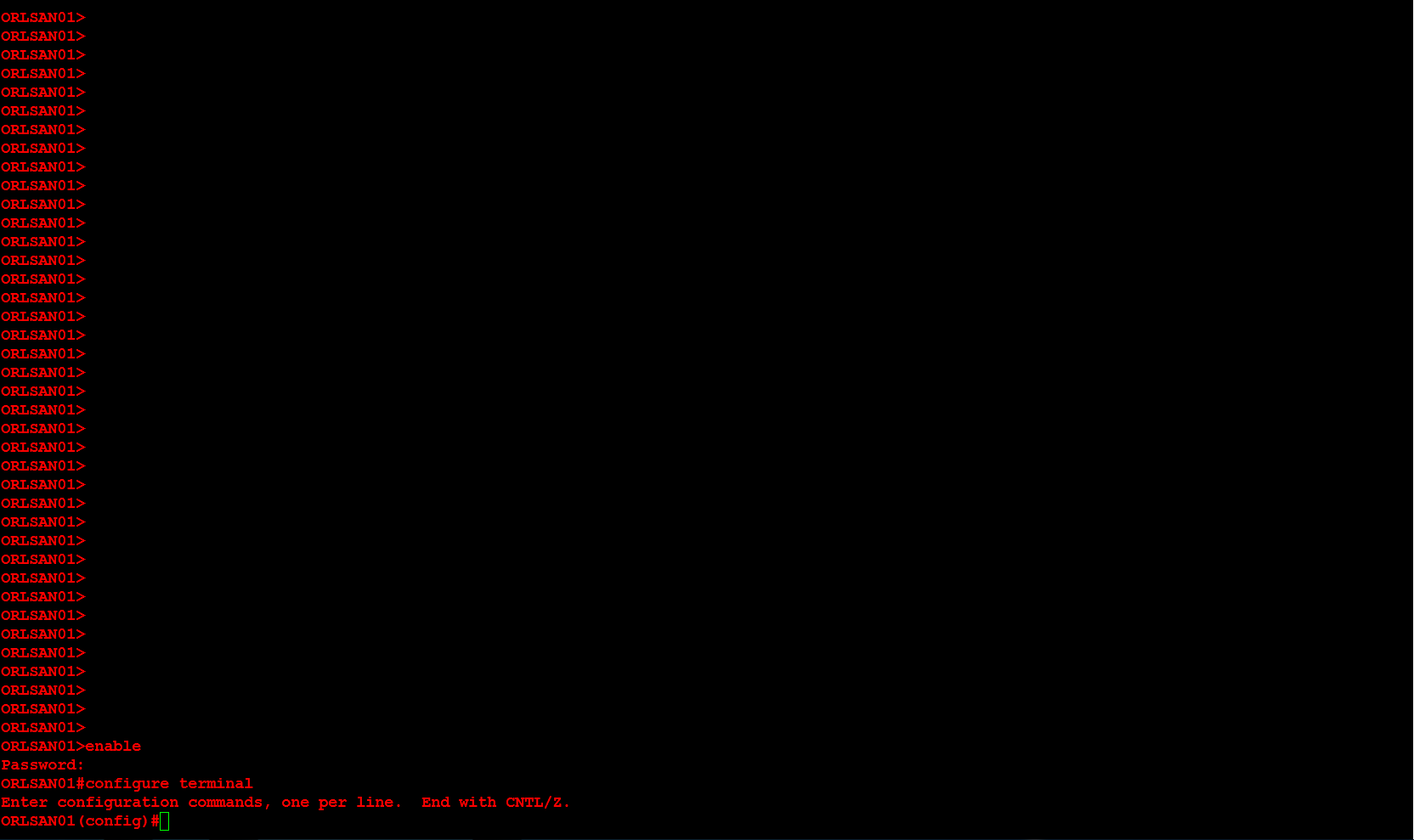 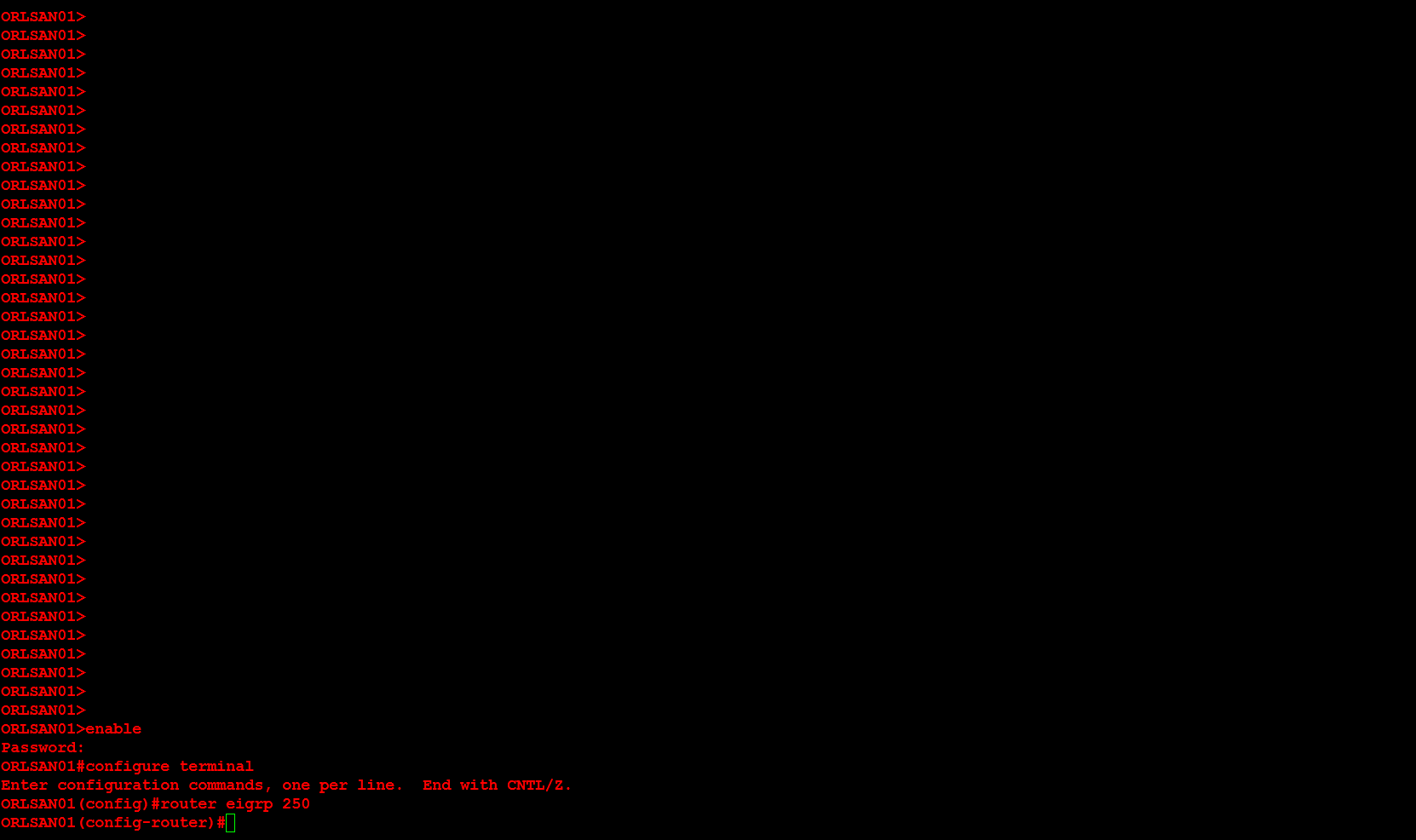 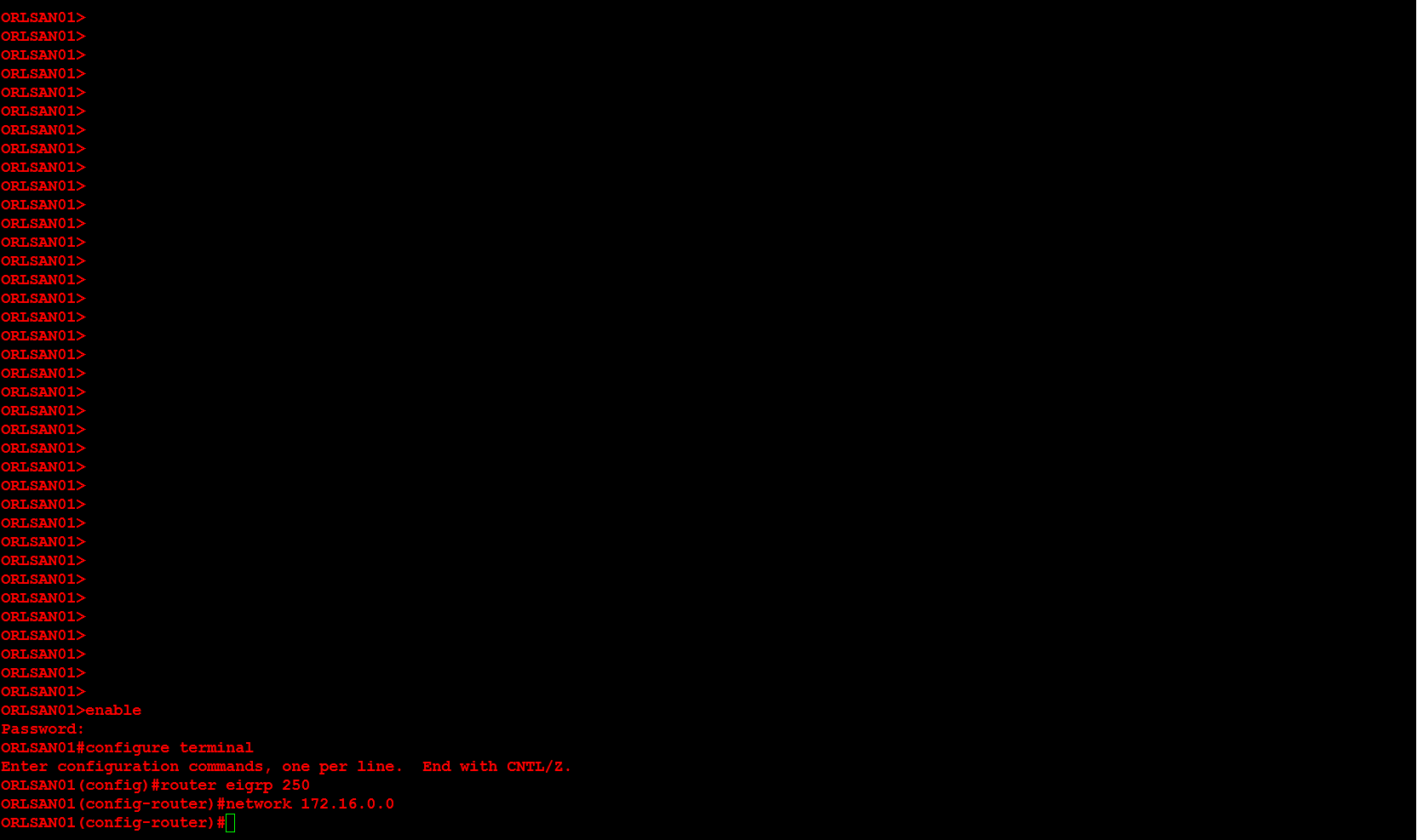 After configuring the other router in this example, with EIGRP and autonomous system number 250, we can now verify our configuration with the show ip protocols, show ip route and ping commands. 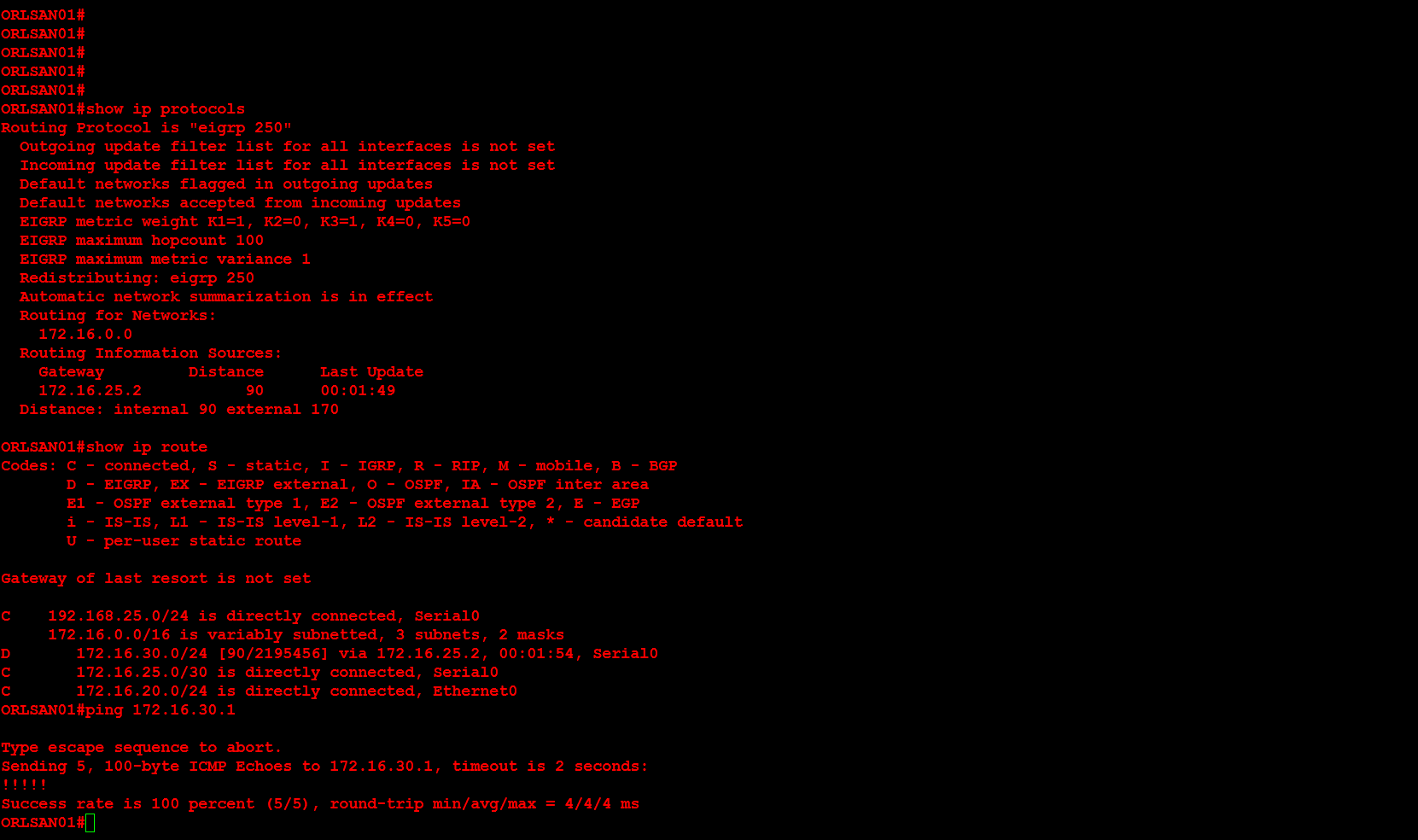 The show ip protocols command will display information regarding each routing protocol that is configured on your router. The show ip route command will display the routing table on your router. In this example, the C represents directly connected networks and the D represents the EIGRP advertised routes. Lastly, I used the ping command to verify network connectivity between the two routers. 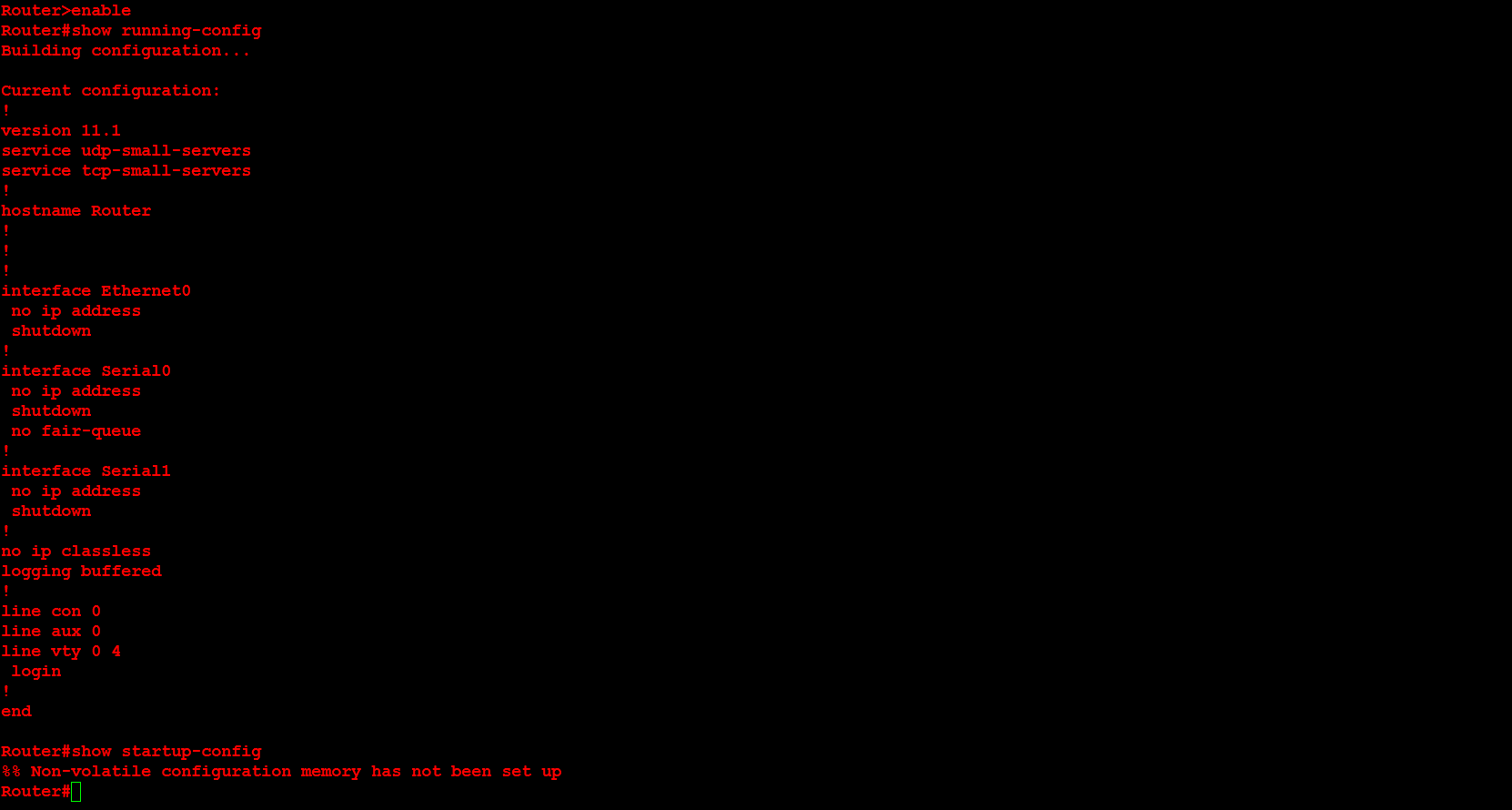 In the second step I will configure the user mode passwords (aux, console and vty), as well as the idle timeouts and a command to stop any router output from disrupting your text. The idea behind these first few configurations is to immediately secure the router.

Next, I will configure the message of the day (motd), login and exec process creation banner. These provide a warning to any individuals who would seek to login to the router without proper authorization.

Next, I will configure the Serial 0 and Ethernet 0 interfaces. Additionally, the Serial 0 interface will have the clock rate set in order to providing clocking to the second router in the network topology above. In a production environment this would not be necessary but for this demonstration it is. 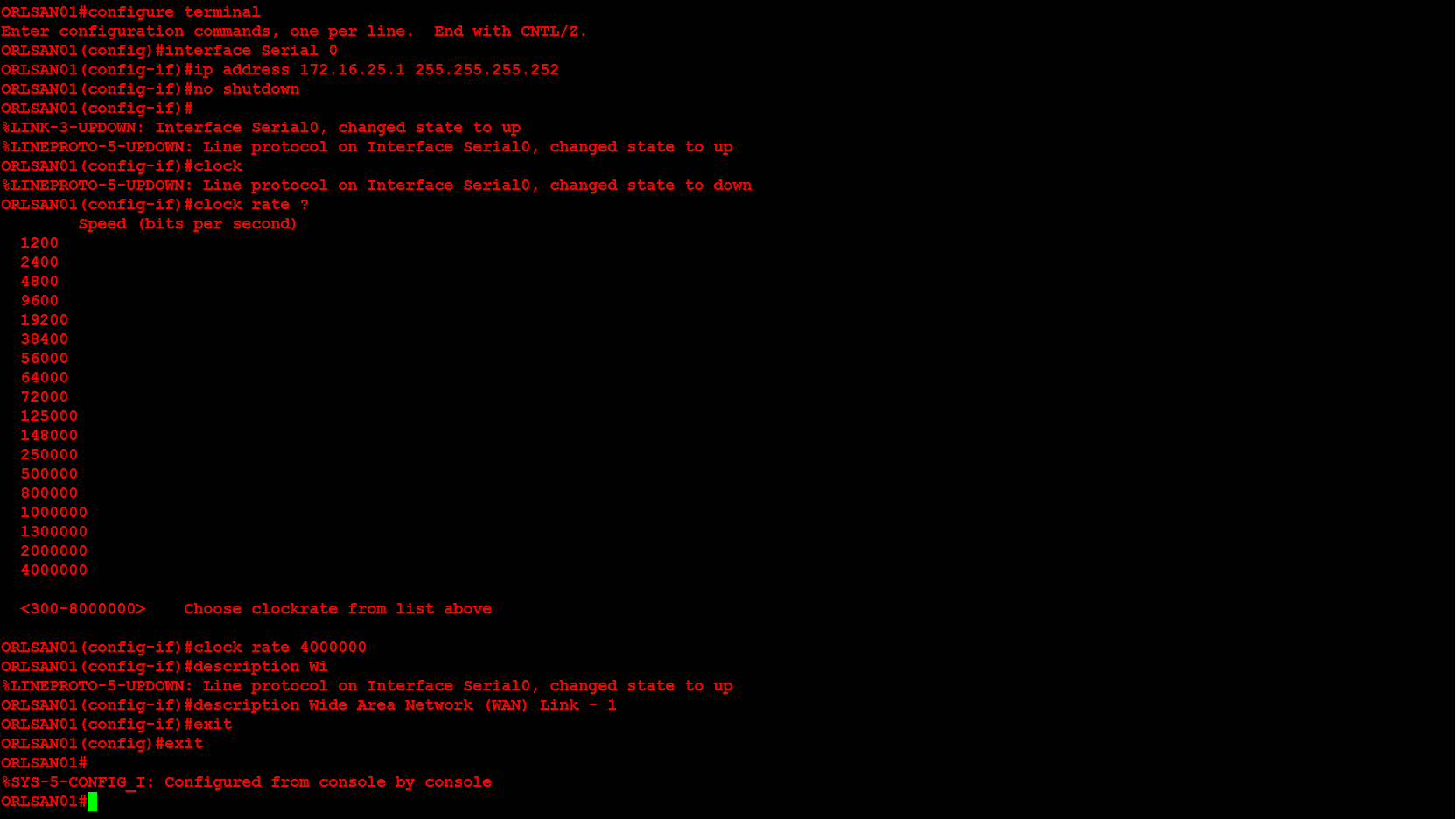 Next, I will save the configuration to NVRAM.

In the next portion of this demonstration I will configure the second router (ORLSAN02) but instead of showing all of the output I will only provide the final configuration via show running-config (with the hope of saving space). 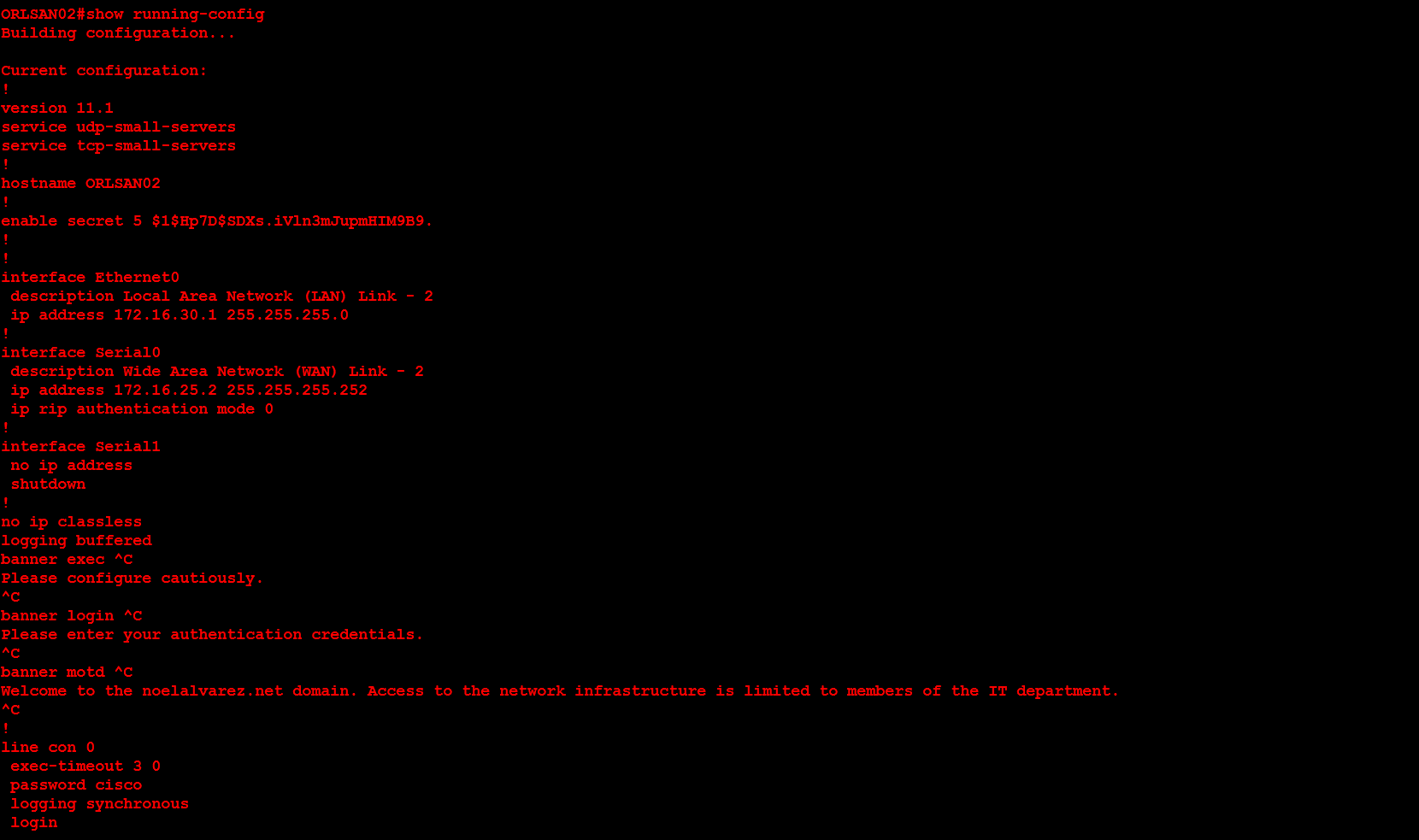 Lastly, I will configure dynamic routing (RIPv2) on both routers, then verify that the RIP injected routes on ORLSAN01 and test the configuration by pinging 172.16.30.1 from the ORLSAN01 router. 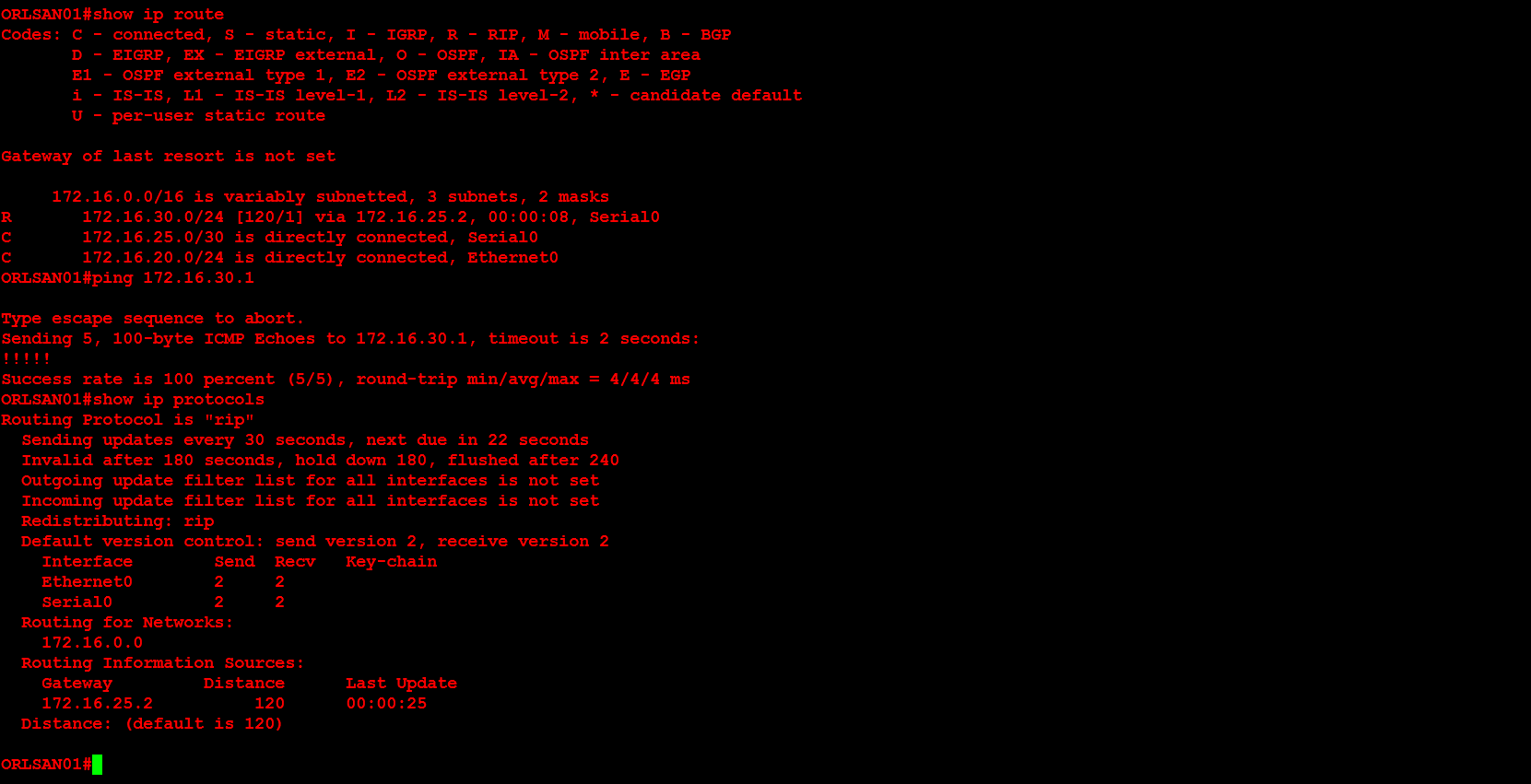 At my current employer we recently had a Cisco Small Business WRVS4400N Wireless-N gigabit security router with VPN reach the end of it’s life. I replaced the wireless access point and configured it using the documentation I created in the past. Below you will find a basic step by step guide for configuring the device as a wireless access point.

NOTE: Please keep in mind that this is a very basic configuration and your configuration should be planned with careful considering to your Information Technology (IT) infrastructure. Additionally, I have modified the input of the actual configuration for security purposes. 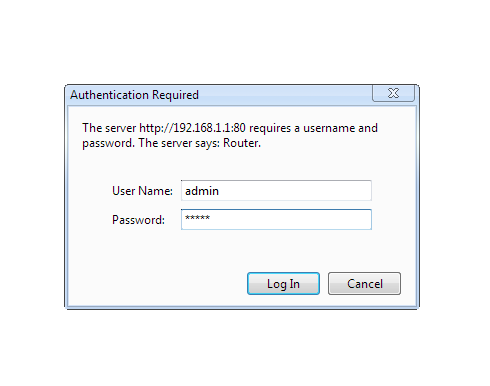 2. Upon logging into the device you will see the following web page.

3. Navigate to the Administration > Management page and configure the Router Username: and Router Password:. It is widely considered a best practice to change the default username and password in order to prevent unauthorized users from logging into the device. 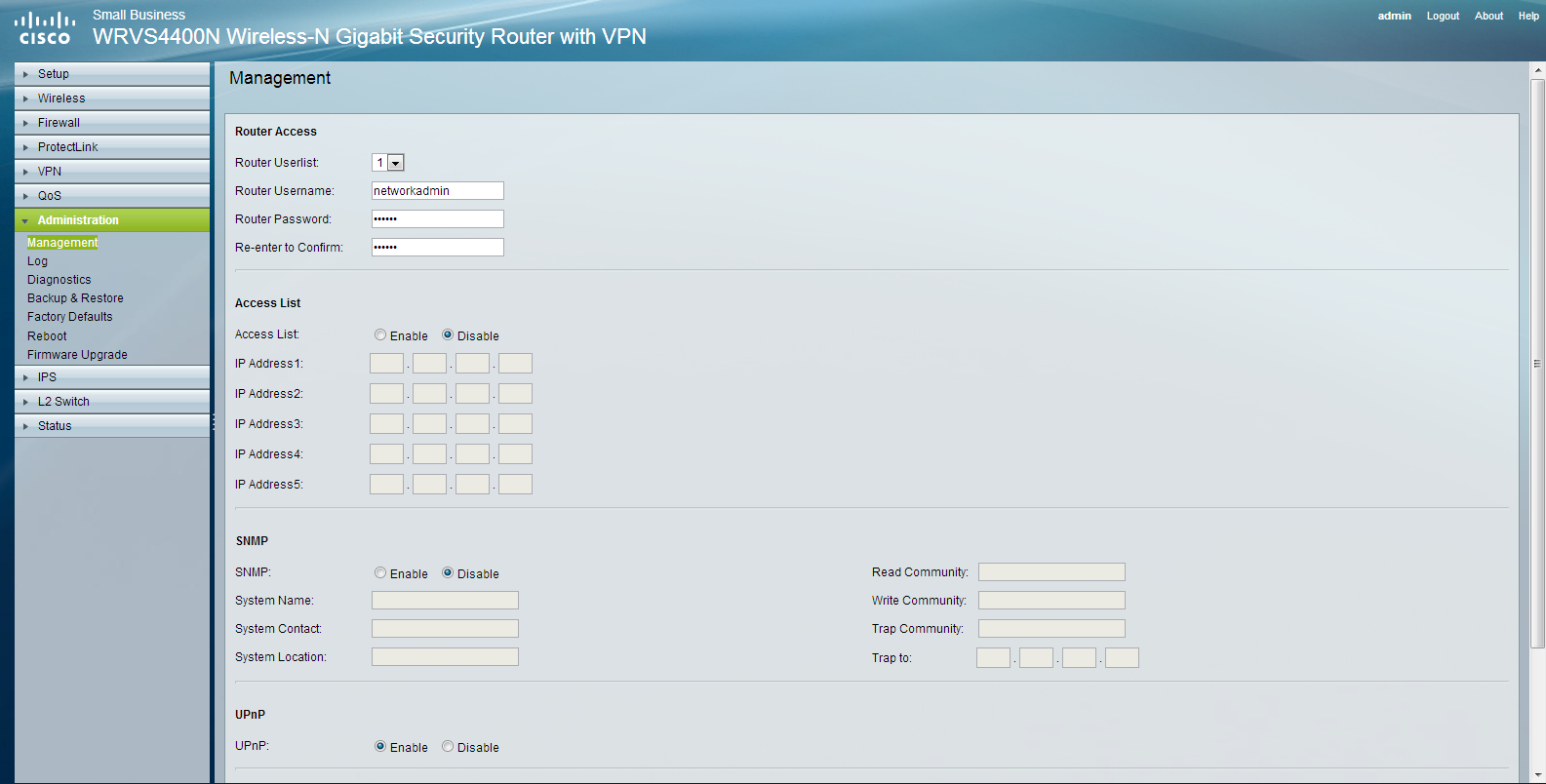 4. Navigate to the Setup > LAN page and configure the Local IP Address: and Subnet Mask: of the device. In our environment we have an existing Dynamic Host Configuration Protocol (DHCP) server so the DHCP Server: settings under the Server Settings (DHCP) menu is configured as a DHCP Relay. 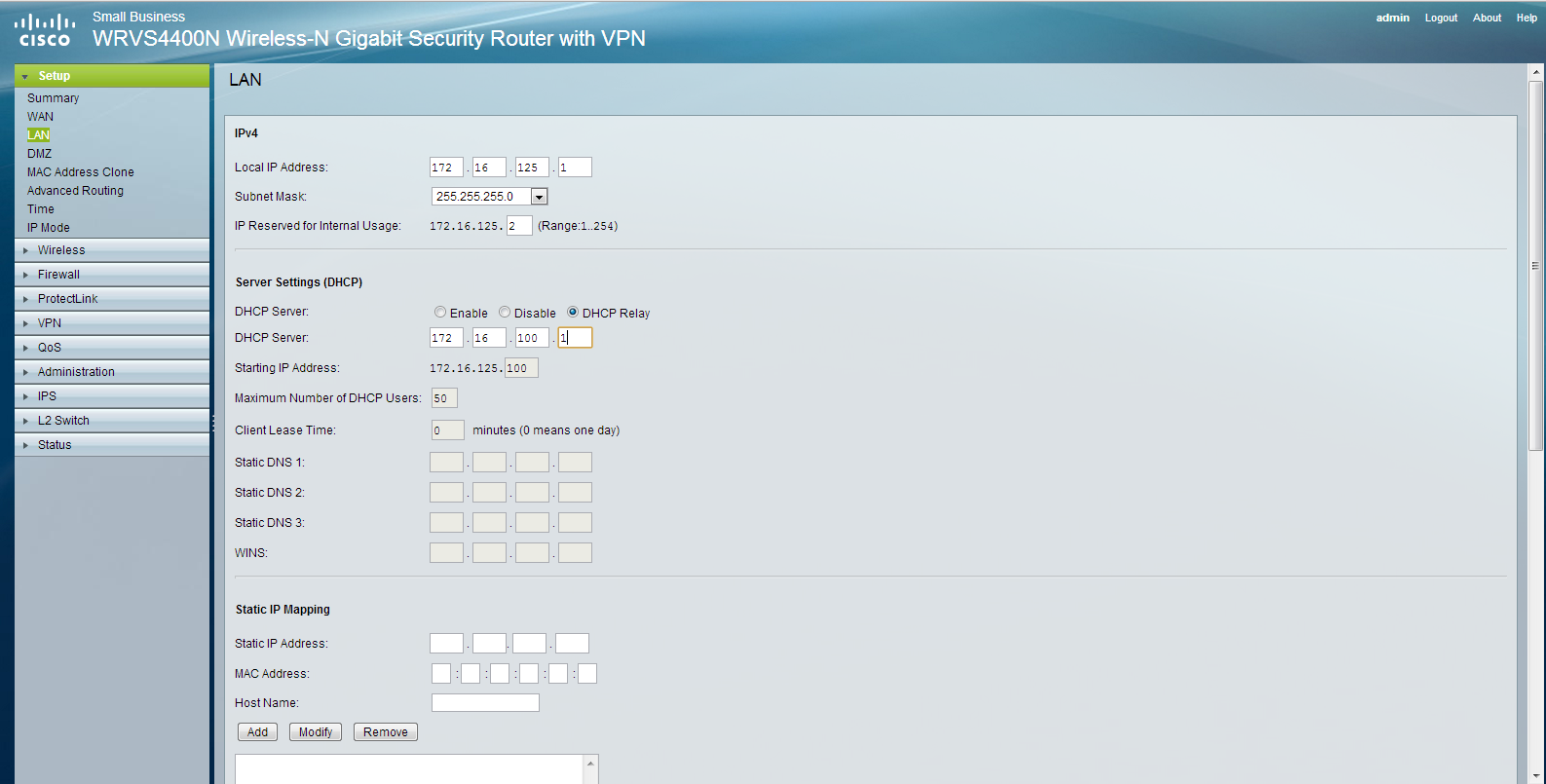 5. Navigate to the Setup > Time page and configure the time settings for the device. I chose to use the Set the local time using Network Time Protocol (NTP) automatically setting. Our Time Zone: setting is (GMT-05:00) Eastern Time (US & Canada). 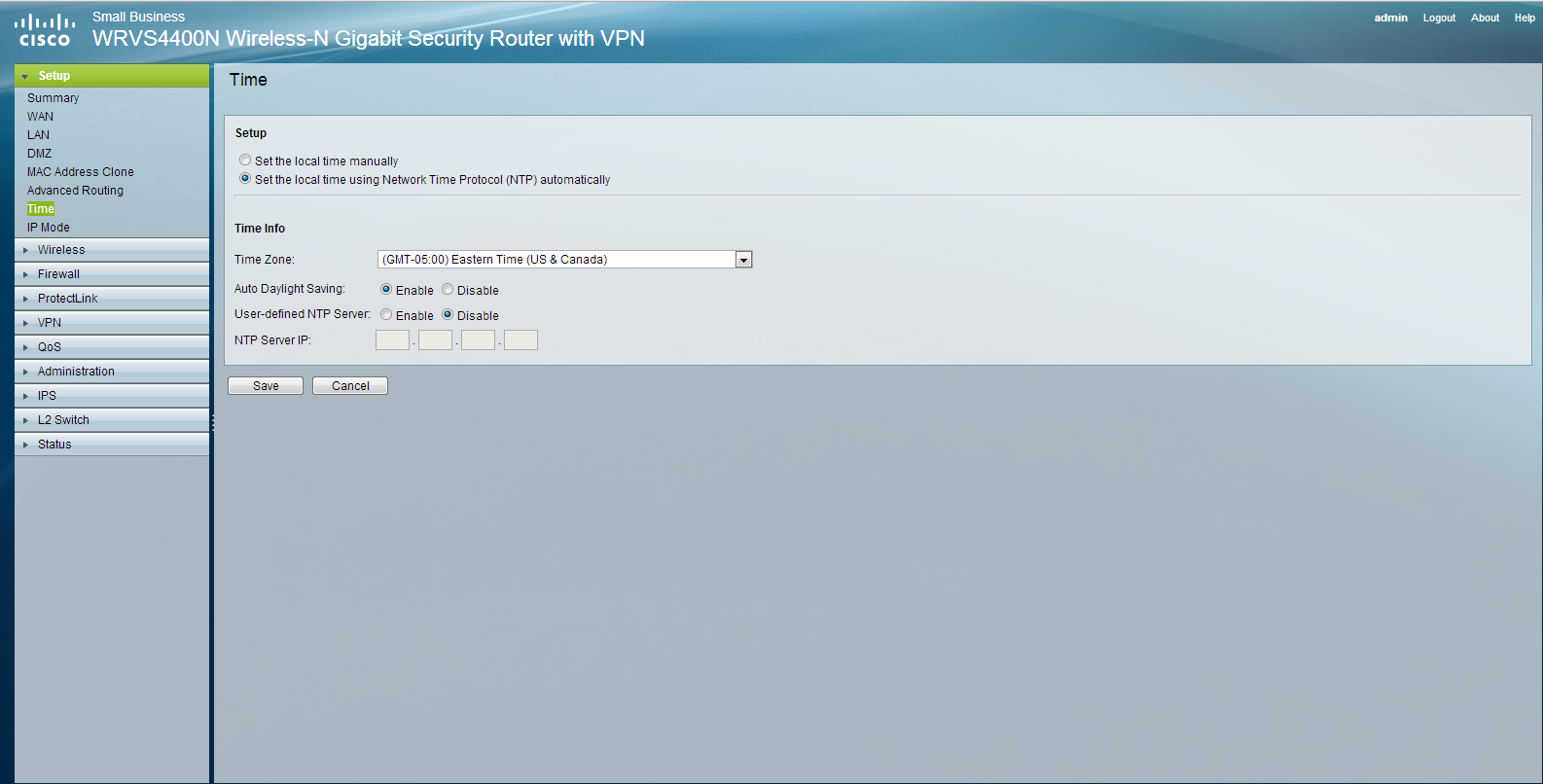 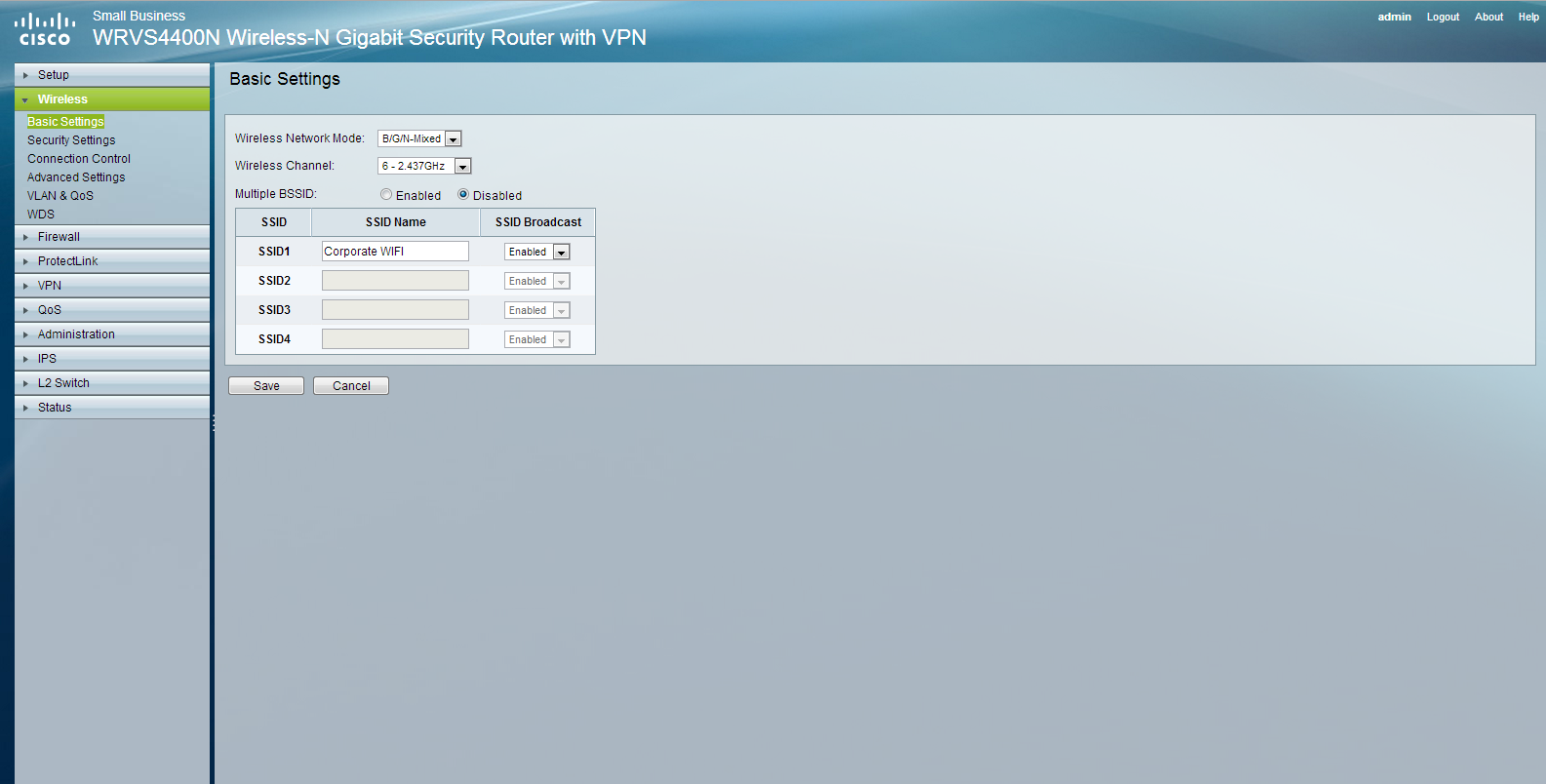 7. Under the Wireless > Security Settings page configure the Security Mode: and Shared Secret: for the SSID configured in step 6. 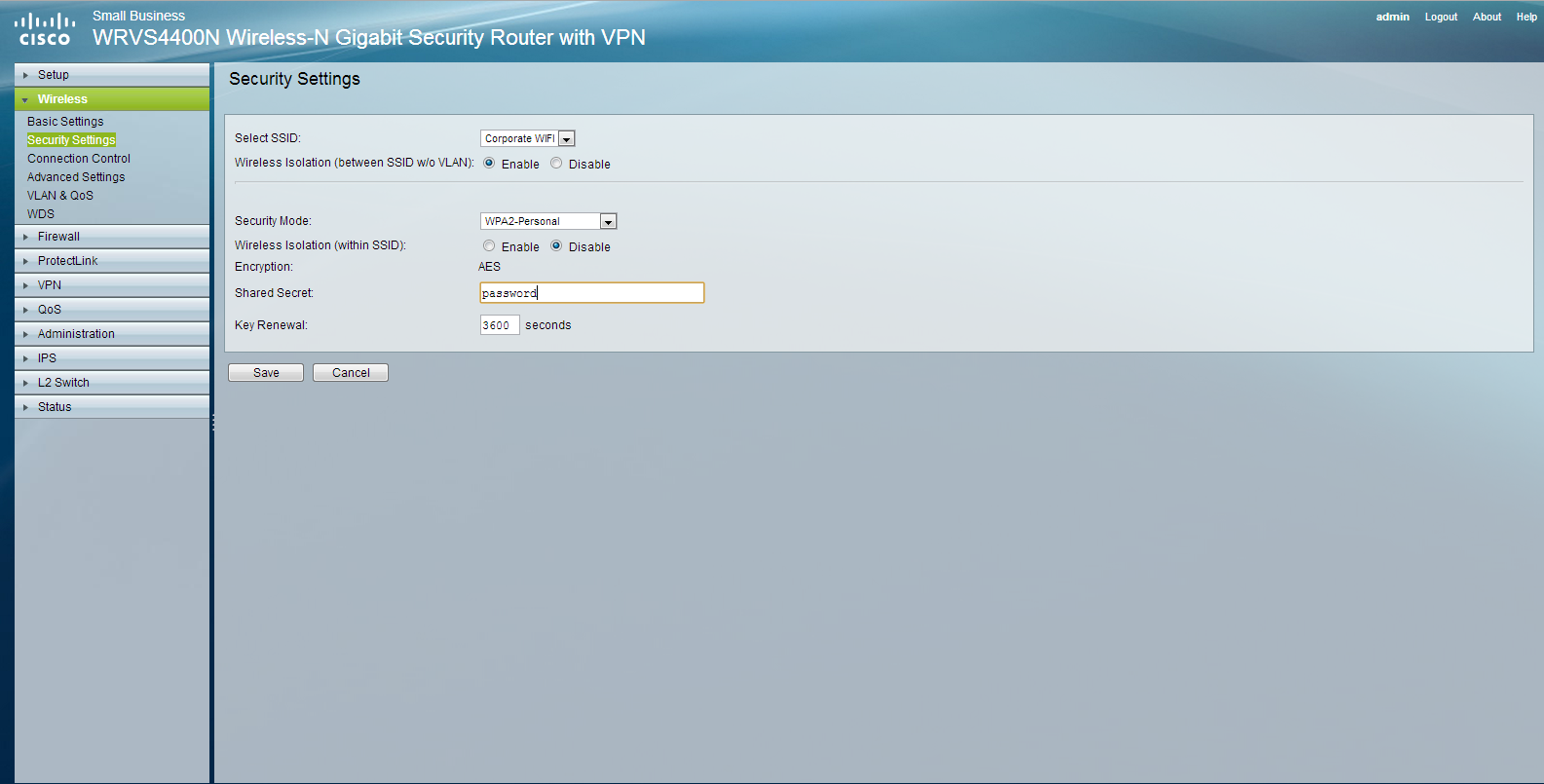 8. I recommend you backup the configuration by navigating to Administration > Backup & Restore. Once you are redirected to this page click the Backup button and specify the directory where the backup configuration will be saved. I did have a previously saved backup configuration but I configured this Cisco wireless access point manually in order to document the process on this webpage. 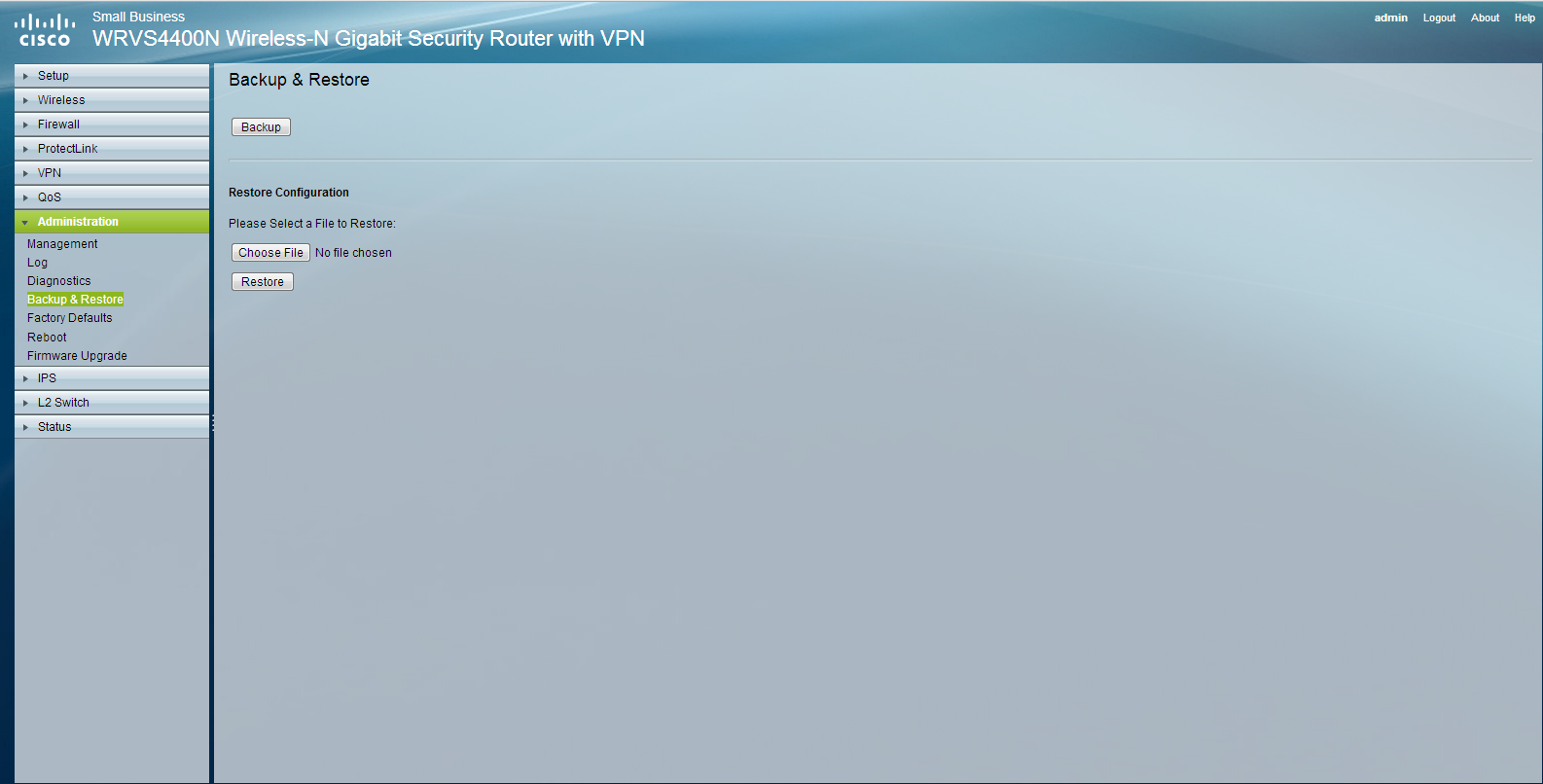